5 Ways To Ensure Your Dog’s Safety While Walking Outside 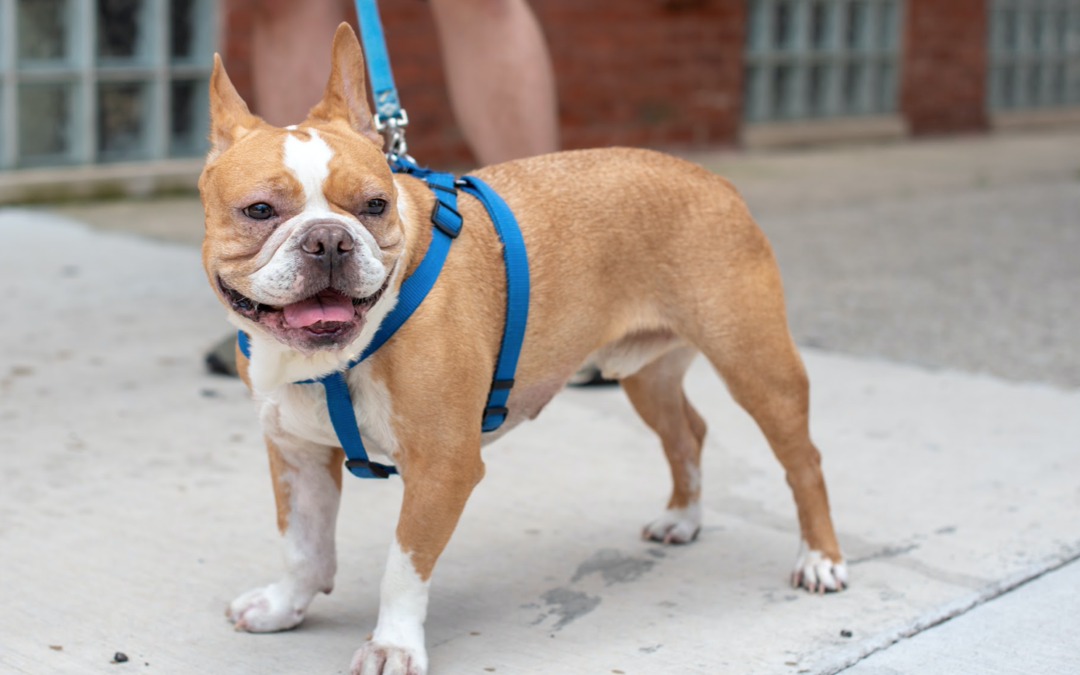 Taking care of your dog and ensuring its safety outside is very important, especially now that various countries are adopting laws that protect animals.

For example, in the US, several laws now discuss having limits when tying or chaining pets outdoors. The same goes for leash laws and other laws allowing companion pets like cats and dogs to be included in domestic violence protective orders. Failure to ensure your dog’s safety while outside can now become a criminal offense in America.

To avoid such a situation and keep your furry friend safe, here are five ways to protect your dog while outdoors.

Handling and restraining the dog properly while walking outside provides safety for your pet and the people around you. Good animal handling also reduces the dog’s stress and prevents the handler from getting attacked or injured. Too much restraint could prompt the dog to resist, while too little might allow it to escape or lead to injury for the handler or people near the pet. Thus, proper handling and restraint should involve empathy to ensure the dog moves without pain and inconvenience. Doing this will also ensure good behavior while walking outside.

Besides, dogs are companion animals, and as such, they know some commands and can be restrained verbally. Some of these commands include: Go, Come here, Yes, No, Catch it, and Don’t. Screaming and shouting at them in public should be avoided as it could make the animal aggressive. At the same time, like humans, quiet and soft words frighten dogs, too. The handler is expected to know how to balance the two while trying to restrain the animal.

When outdoors, dogs can be restrained physically by using any of the following devices:

While using the leash, the handler must not drag or strangle the animal, which will only result in a struggle. In most situations, the dog will start moving away from the handler. When this happens, it’s advisable that the handler gently approach the animal and pet it to assure that it’s safe with the human.

During a walk, an average dog would also think that its handler walks slowly so it could follow scent trails and trace their origins. Hence, it moves faster than the handler, resulting in jerky leash-pulling. The most common response for a dog pulling on the leash is to pull back, ending in a leash war. Chances are, with a large and strong dog, the human will lose. Thus, the handler should be careful when handling a dog on a leash for both their sakes.

A harness also lessens the stress on your arms and backs when handling larger dogs, making them easier to lead while walking. Another advantage is that using harnesses discourages pulling and straining the dog, reducing any chances of injury. Click here to see the best no-pull harness that you could also use as an alternative.

However, the control pole may further distress an already upset animal and must only be used when the handler or animal’s safety is genuinely at stake. Handlers are strongly advised not to use the control pole unassisted.

Body protection in this context refers to protection during cold weather for both the dog and its handler.

For The Dog: Different dog breeds have different tolerance levels for snow, and pet owners should do their research before allowing them to play outside. It’s a known fact that a Greyhound might not handle cold weather and snow the same way a Serbian Husky will.

Forelimbs and hind limbs protection are extremely important to keep dogs safe from the salt used to melt ice on the streets and sidewalks during the winter. Dogs need protection from snow, ice, and frostbite. Wearing of dog boots and paw wax will keep the dog’s paws from suffering.

However, if a handler isn’t sure of the dog’s breed and weather tolerance, it’s best advised to keep it simple and safe. There are diverse dog coats available for dogs of any breed for various weather and atmospheric conditions. These coats are easy to put on, take off, and they’re also affordable. It’s also of utmost importance that the handler knows the right coat to use for various weather conditions and to get those that fit the pet.

For The Handler: The handler’s hands or feet may feel numb while walking around. It’s always advisable to wear hand gloves to aid in proper gripping of the tool or equipment used in handling the dog. Safety boots also guard against snow packing around the feet and serve as protection from getting wet.

Dogs who spend more time outside, especially during winter, may require more food because of the extreme cold. Just like humans, dogs will need more energy to retain heat during the cold months.

Dogs are also expected to maintain a steady weight year-round. Too much seasonal weight fluctuation has been proven to be dangerous to their health. Dog owners are advised to monitor their pets’ weight regularly and adjust their feeding for proper weight maintenance.

You might also need to consider water adjustments during the cold season. Winter is a dry time of year, and dehydration often sneaks up on people and animals. As a result, dogs tend to pant and breathe heavily when they exercise, losing a lot of moisture in the process. During these times, dogs should drink plenty of water before and after walks.

Also, eating snow or feeding the dog in the snow while outside is never a good idea, as snow hides waste and bacteria, aside from being salty. Eating snow lowers the dogs’ core temperature, making the dog sick or even more dehydrated.

Taking appropriate first aid care with you is vital. No matter how clean a vicinity or environment might be, you have no idea of what might happen to the animal during the walk.

For example, if the dog’s paws split during a walk, it means you have an open wound that needs urgent treatment. The handler is expected to clean the animal’s wound first with water. Then apply an antibacterial first aid pet spray or lotion to prevent infection before wrapping the affected area with a bandage. Take the pet immediately to a vet after giving first aid. Be extra cautious and careful when handling injured pets as well. Avoid touching the injured area except when necessary, and apply medications gently while carefully restraining the dog.

Furthermore, dog owners should be considerate when walking a dog with health conditions. For example, if a dog suffers from arthritis, a handler should keep walks short and avoid passing through slippery or rough terrains and paths. Natural dog health supplements such as chondroitin and glucosamine are recommended for lubricating joints and arthritis pains.

It’s better to keep walks to a minimum during the healing process. If it’s important to walk a dog while its paw is still healing, make sure it should wear boots to keep irritants out and protect the wound from reopening.

Metallic objects pose the same threat to humans and animals alike. Therefore, handlers must make sure dogs don’t lick or play with them during a walk. Handlers must ensure that pets steer clear of metal extinguishers, electric boxes, lampposts, and other metal and electric objects. When animals come in contact with metal objects or even if they just walk around them, they could get an electric shock due to factors such as faulty electrical wirings.

Furthermore, walks should also be scheduled during the day and not during dark hours. Walking during daylight will ensure that you could see such metal dangers up ahead, and you can protect your dog in the process. Besides, it’s also warmer and more enjoyable to take walks under the sunlight than at night.

Dogs are very sensitive, curious, and playful creatures. They tend to get distracted and wander away when left on their own. This is why a handler needs to be alert and sensitive to the environment during walks. To protect your furry friend when outside, dog owners should use proper handling methods and restraining devices, carry first aid along, provide adequate water and food, and stay away from harmful objects.