The Facts About the Bichon Frise 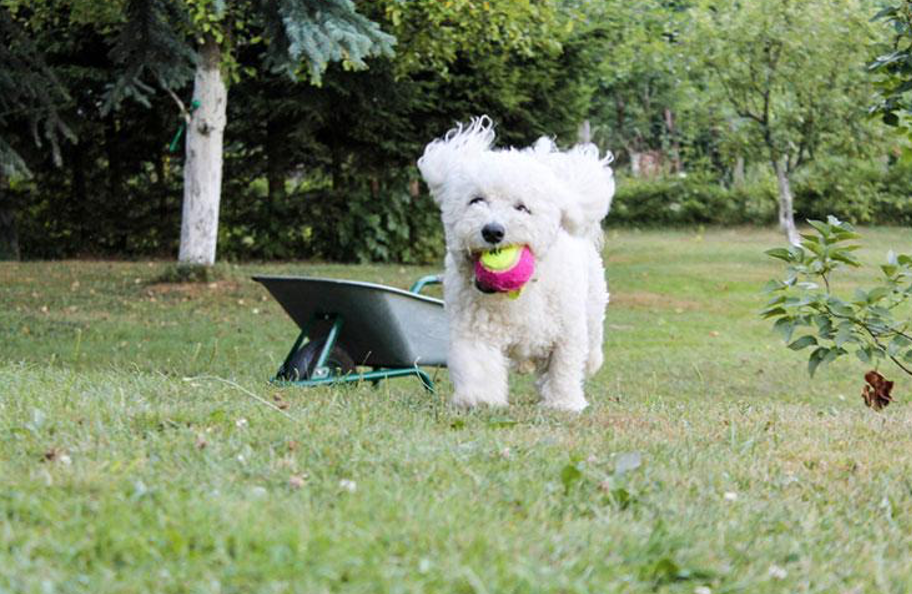 Bichon Frise is white fluffy, and very adorable. They are one of the tinier dogs that have a tremendous behavioral pattern. It’s known for being a pleased and playful dog.

The number of great facts about the Bichon Frise will be delightful for you.

Bichon Frise is a good watchdog, yet a friendly one and can be a bit contradicting. It is said to have a “hypoallergenic coat” that keeps people with allergies unharmed from its presence. As to the validity of that claim, we will discuss it in this article.

This living plush toy is quite popular with young girls these days. Every princess of the house demands one of these due to their astoundingly positive and playful demeanor.

Even amateur dog owners can appreciate how easily you can cope and train these dogs. They are one of the more approachable dogs to own as a novice dog owner.

These dogs have a long and exciting ancestry, rich with history and grandeur. Bichon Frise is from a long line of Bichon dogs called “Barbets”. It is also known as teddy bear dog for its cute looks. Spanish sailors brought the ancestor of this breed to the Canary archipelago’s largest island called Tenerife.

Waterdogs like Spaniels or Barbets often are called the ancestors of these dogs we know now. This is because they started the line for many purebred dogs today, like the Havanese, Maltese, and Bolognese.

Tenerife was the hub of many sailors and voyagers, among many others. The Italians obtained the Bichon from the constant traveling this dog did as a companion dog for the sailors.

The Italians brought the dog to Europe and subsequently garnered a lot of attention by being popular with the nobilities.

This dog was one of the more favorite dogs for the European Nobles due to its cute looks and non-allergic coat.

The Appearance of the Bichon Frise

Bichon Frise looks like a living stuffed toy. With a puffy creamy or snow-white coat that fluffs around like a pom pom that cheerleaders use. They have small noses and small round ears. Their tails are plumbed and stick out like a tiny snowball.

Bichon Frise is known to be quite an intelligent dog. And they often are very happy go lucky dogs that tend to have fun no matter where they are. They are family-oriented pets through and through.

These dogs cling onto their owners like glue and often love being on their laps and lazing around. Bichon Frise often gets separation anxiety without their owners or any person to be around, which can lead them to be destructive and often unresponsive to commands down the line.

Bichons Frises are alert dogs and can be kept as watchdogs. But that doesn’t mean they will defend your home from intruders or burglars. Instead, they are as friendly as they can get, meaning that with a bit of coaxing, the Frise will probably help the burglars break into your house with glee.

Training and exercise of Bichon Frise

Training a Bichon Frise is much Easier compared to many other dogs. This is due to this dog’s ancestry mainly dominated by companion dogs, and they were never used for hunting.

Novice owners can successfully train them with positive reinforcement and a bit of patience. These dogs are intelligent and can pick up on commands quite fast.

Often exercising, these dogs don’t need more than an hour of walking a day. They don’t need much exercise to keep them healthy.

The Bichon Frise is a purebred dog and often has more health issues than a mixed breed.

The most common type of illness that plagues this dog is hip, elbow dysplasia, and luxating patella. Eye-related issues like early blindness and cataracts, among many other problems. It is recommended to always take them for early checkups and get ahead of any disease that might befall them.

Bichon Frise is a wonderful dog. It deserves much more attention from dog owners around the world.